A rare gemstone and collectors favourite.

One of the best kept secrets of the fine jewellery world, Spinel is a collector’s favourite because of it’s rarity, clarity, sparkle, durability and variety of beautiful hues.

Spinel used to be confused with both Sapphire and Ruby,  and until 1783 were categorised as the same gem.   This was because like corundum it comes in a variety of colours from deep blue through to fire engine red, and is often found in similar locations, even in the same mines.  Telling the difference between Corundum and Spinel was the birth of Gemmology as a science. 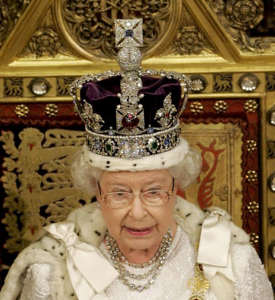 Spinels were once commonly known as Balas Rubies, the most famous of which is the Black Prince’s Ruby which sit’s in the Imperial State Crown Jewel’s.

Other famous mis identified Spinels include the Timor Ruby, 352 carat gem which was presented to Queen Victoria by the East India Company in 1849, and is also part of the Crown Jewels 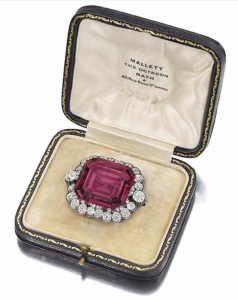 The Hope Spinel, which fetched a record breaking $1.47 million USD at Auction, setting a record for spinel at over $30,000/ct.  It is an example of a naturally exquisite specimen of deep purity and cut, with a deep unheated plum colour it is classed as an ‘exceptional treasure’ according to Bonhams Auctioneers.

Technically Spinel is rarer in nature that both Corundum and Diamond, however because it is not as well known it is still generally a less expensive option that Ruby or Sapphire for those looking for a beautiful coloured Gem.

It is also fairly durable, being an 8 on Mohs scale, just under Corundum which is 9, and Diamond which is 10.   This makes it a great choice for an engagement or heirloom piece.

There are also some colours of spinel that are unparalleled by any other gemstone. 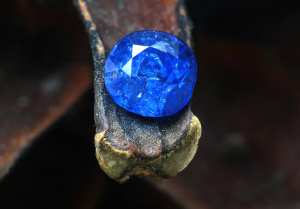 13.28 cts Blue Splendor is the largest Cobalt Blue Spinel in history. Cut by Vladyslav Yavorskyy and kept in his private collection.

This includes the incredibly rare cobalt blue spinel from the Luc Yen mine in Vietnam which is the most expensive gemstone per carat of all Blue Gemstones, and is so rare it is difficult to source in any size over 1 carat.

Jedi Spinel is another rare and unusually neon colour, found in  Myanmar.  These bright pink spinels literally glow in daylight due to the amount of chromium present in their composition, and are named after the colour of the Jedi swords in Star Wars. 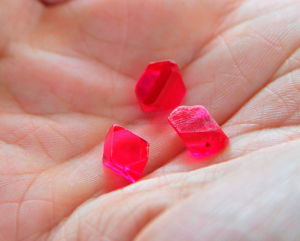 These hot pink spinel crystals came from Man Sin, in Myanmar’s Mogok Stone Tract. Photo: Vincent Pardieu
Most of the Gem material used in cut stones is clean of impurities, and colours are untreated and unheated unlike Sapphires and Rubies which usually have some form of at least heat treatment to improve their clarity.  In Asia, these magnificent gems were cherished by emperors because of its incredible colour and its very well-formed crystal. Its crystal can be so perfect that, in Burma, they were called ‘Nat Thwe’, which means ‘polished by the gods’.
After these rarest of neon colours, the most sought after colours for most patrons are Flame Spinel, a vibrant Orange-Red, and Unheated Red Spinel which is nearly as valuable as unheated Ruby. 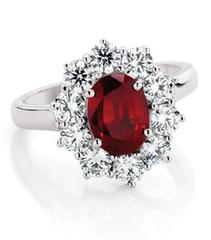 If you are looking to add a spinel to your collection get in touch today, and let our qualified gemmologists help you find the perfect stone to add to your collection.
https://www.billhicksjewellery.com.au/form/